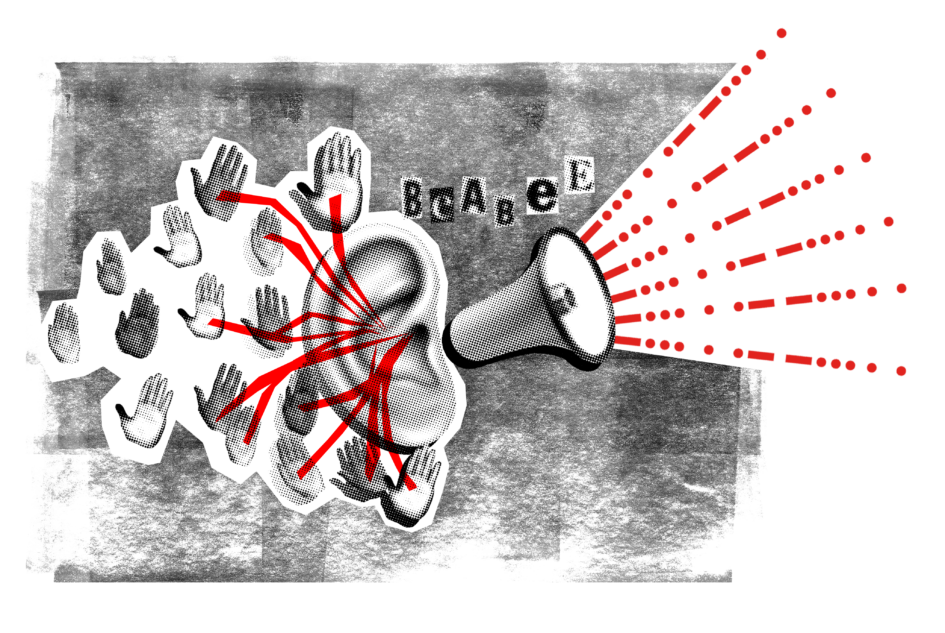 In our Librecast project, funded by the European Cultural Foundation, we showcase a series of Pan-European case studies about sovereign media distribution, away from big tech. We highlight these examples and try and learn from them, as we desperately need more sovereignty in our media systems to ensure a well-functioning democratic media landscape. This time: Beabee, an open source platform that aims to help smaller news organizations connect with their audience and turn them into engaged communities.

Beabee started when CORRECTIV (DE), The Bristol Cable (UK), Vereniging Veronica (NL) and The Bureau of Investigative Journalism (UK) teamed up to focus on constructive and community-focused initiatives to local journalism. At the time, The Bristol Cable was already building its own membership system. As the newspaper recognized trusts from its readership to be their most valuable asset, the organization has always aimed for using open source software. The four organizations recognized that there was not really anything on the market that fit the needs of smaller journalistic enterprises. Most of the available CRM’s are way too expensive and also not tremendously transparent about how aggregated data is processed and used. Beabee provides journalists with the ability to reach out to their readers for free and gives audiences more agency over the topics discussed in the news they are consuming. We talked to CORRECTIV, a German-based media organization focused on investigative journalism, about what Beabee is adding to the realm of local media.

Keeping in touch with the audience is essential for local journalism, says Tobias Hauswurz, Community Officer at CORRECTIV: ‘As easy as it might sound I think it starts by listening to people and creating journalism together with the community you serve. This means it is important to engage readers and ask the right questions about what the issues are they want to talk and read about.’ Especially for local media, who tend to work with smaller teams, building a network of involved members is therefore essential: ‘We really try to make a community effort at the heart of the organization. While a lot of organizations check in with their audience by asking them a question or two every once in a while, we should do more to try to engage with them and make your community members your stakeholders.’

CORRECTIV cares greatly about the extent to which the audience needs to have an active role in the direction and content of their investigative journalism. The news organization has a very clear vision about the role of journalism which goes beyond the borders of its own community. ‘It would be great if we could build a network of independent newsrooms, something we have learnt over the last couple of years is that it is not only about the software we use but that we should also talk about how to do community based journalism.’  Emphasizes Tobias.

The collaborative approach has not been without journalistic success. CORRECTIV worked together with news organizations from 11 different countries in a collective journalistic effort during which they unraveled a worldwide network of lawyers, bankers, stockbrokers and financial elites whom profit off of tax evasion. It also revealed that a large scale political campaign was organized for the German far-right party Alternative für Deutschland (AfD) without any clarification on how the campaign was funded. By solely publishing their content online, the news organizations have made it possible to thrive as a non-profit, only receiving money from funding and donations, which means all of the news stories are all freely available for everyone.

The need for accuracy and transparency in proper news coverage but also as a baseline for the democratic process has also caused CORRECTIV to start to offer a factchecking service in order to tackle disinformation, rumours and half-truths.

Harvesting the power of digital connectiveness is not new for the organization. Since 2015, CORRETIV has been working on CrowdNewsroom; a platform to create and conduct collaborative investigations with the help of communities

Beabee is currently being tested as part of its beta phase. Later this year, a SAAS version will also be rolled out. As the project is completely open source, the software can be used for free if the particular newsroom has the capacity to set it up themselves. If not, a software as a service solution is available which the Beabee team has decided to offer for free until the end of the year.

The platform lets journalists send call-outs that are customizable to the style of the organization sending them out, in the form of ‘integrated form data’. Visibility settings can also be changed, by which is meant that one can decide whether only members or paying members take part. Answers can be anonymous, but this functionality can also be turned off in case it is important for the journalist to verify whether the answers are truthful and account for where they come from.

Tobias: ‘One could argue it would be just as easy to use Google forms, but the aim here is also to build trust and become independent from those big platforms by using your own software. Information that is collected will also feed the database in the future, which helps the organization to see which of the members are really engaged.’

Beabee is not only a platform that helps small news organizations to reach out to their subscribers, but it also allows for monetizing content. Readers can access their own user dashboard which doesn’t just provide them with full transparency about the user data they share, but also gives the opportunity to pay through the platform. Because audiences can be split up into different segments, different readership models can be used in a rather straightforward manner.

Beabee is being tested with the help and suggestions of beta users, which is why the platform is still free to use. While the software still only allows for the news organization to interact with their audience, functionalities that allow the audience to communicate with each other could also be added. As the whole project is open source, nothing is stopping other news organizations with enough technical know-how to do so already.

Beabee is quite ambitious, Tobias explains: ‘Our goal is to have 50 users by the end of the year. Which is a first big goal for us. We decided that we won’t charge until the end of next year, to make things easier and to make the switching between the beta phase and the final product.`

Initiatives such as BeaBee show what the promise of value-driven media distribution can lead to. The organizations involved do not only claim to care about including the audience in news creation but they also provide technical and educational material for other organizations to follow their lead.

Many European news organizations have made the transition towards a more online-driven approach over the course of the last decade. What is often forgotten however, is that media distribution in the online landscape is more than a simple switch from print to digital, or making additional podcasts for that matter.

It allows for divergent approaches to business models as well as media creation and distribution. On top of that, the incorporation of technology in journalism creates space for media organizations to learn from each other and share their lessons learned about how to make news more democratic and relevant. Digital news makes it possible for news organizations to see what stories their readership is most interested in. But tailoring content to the readers is not the same as actively involving them in the process.

All in all, the founders of CORRECTIV show that digitization is not a threat but an opportunity for citizens’ participation in news coverage.

Many thanks to our talented illustrator Julia Veldman C. for creating the header image.

If you want know more about Beabee, you can watch this video: